The Six Places to Have a Same Sex Wedding 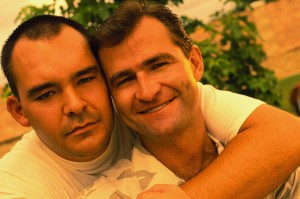 With the sixth ruling passed to allow same sex marriage just over a month ago I thought this topic was a good one to explore. This article is to help interested couples find the information they need. Below are the six places they legally acknowledge same sex marriage and some useful information about planning a same sex wedding in that area.

This site is a great resource for same sex couples to help plan their dream wedding. They offer a search of same sex friendly businesses to find everything from the officiant to the flowers. However, you should choose one of the states below before planning the wedding because it will cost more to have things delivered from another state.

The first state to legally recognize and keep same sex marriage after California made it legal and then made it illegal again is Connecticut. This state has also continued to issue civil unions between same sex couples however that will be ending in September 2010 when they do not allow civil unions’ anymore only marriages.

Then on October 1st 2010 all of the civil unions will be converted to marriages. The good thing about this is that all people entering into marriages are protected by the same laws as opposite sex couples.

As of April 27th 2009 same sex couples can legally be married in Iowa. This is the first state close to the middle of the country to legally acknowledge marriage between two people of the same gender. The laws that protect opposite sex marriage are the same for same sex couples.

When planning a wedding in Iowa remember to use the GayWeddings.com searching tool to find the different services as they are all friendly to same sex couples. This will avoid running into anyone who would feel uncomfortable serving the couple.

Another one of the eastern states that legalized same sex marriage New Hampshire made it legal on June 3rd 2009. Since then there has been legal discussion about civil unions. After much discussion a bill was signed to automatically make all civil unions marriages on January 1st 2011.

If a same sex couple wants to get married in New Hampshire they can without any issues now. All venues, officiants, florists, photographers and other service providers are not allowed to discriminate. However searching for companies who openly welcome same sex couples may make them feel more comfortable.

On September 1st 2009 same sex couples were able to get marriage licenses in Vermont. However, civil unions in this state will not be transferring into marriages so you have to legally get out of your civil union before entering into a marriage. This legal change did not happen because some couples choose not to have a marriage but keep their civil union.

For people planning a wedding in Vermont there is a great site called vawp.com that has resources. You can find facts and planning tools on there for both same sex and opposite sex weddings.

Washington D.C. is the newest addition to the list of places where same sex couples can get married in the United States. On March 3rd 2010 over a hundred couples filed for marriage licenses, which is much higher than the normal ten to fifteen they receive. This was a huge day for many same sex couples as their rights in marriage are now equal to opposite sex couples.

If a same sex couple lives in one of the states above then their marriage rights are good at a state level with insurances and state laws. However, since there is nothing at a national level yet there are no federal benefits for same sex couples. Also if the couple lives in a different state then the marriage license is issued then the state of residence may not recognize the marriage.

With time these things may change but for now it is important to be informed on the correct information regarding the state where you live. Then the planning can be done accordingly.